Even though I grew up in Minneapolis, I never appreciated how much the flour milling industry contributed to the growth of the city until my recent visit to the Mill City Museum. Built into the ruins of what was once the world’s largest flour mill, the Mill City Museum is located on the historic Mississippi Riverfront. When I visited a few weeks ago with my family, my grandson proclaimed it to be the best museum he’d ever been to, and when I asked him why, he said it was because of all the interactive exhibits.
At the entrance to the museum visitors are invited to turn the crank of a small rolling machine that crushes the wheat into flour and then shake a set of sifting screens to see how the finest flour comes out at the end. Other hands-on exhibits include a room with models where visitors (mostly kids) can experiment with dam building and water flow, a kitchen where we sampled some delicious bread made with Gold Medal flour, and exhibits with buttons to push that play videos of historic TV and radio ads for General Mills products such as Bisquick and Malt-O-Meal. In other exhibits we learned about the invention of Wheaties and Bisquick, the history of Betty Crocker, and the early years of the Minneapolis milling industry.
For the Flour Tower tour we sat on bleachers in a room-size elevator which stopped at various floors of the former mill where we saw milling equipment, videos of the mill in action, heard comments by former mill workers, and learned about the mill from the guide. At the top we went out to a balcony with a panoramic view of St. Anthony Falls, the Stone Arch bridge, and the east bank of the Mississippi. We then returned to ground level in an outside glass elevator. We finished our visit (after lunch in the museum café) with the movie Minneapolis in 19 Minutes Flat, a humorous and informative look at the growth and development of the city narrated and acted by Minneapolis radio personality Kevin Kling.
The Mill City Museum is operated by the Minnesota Historical Society inside what was once the A Mill of the Washburn Crosby Milling Company, which, after merging with 26 other milling companies, became General Mills in 1928. When I was growing up I attended Washburn High School in south Minneapolis. Our sports teams were the Millers. I listened to the WCCO radio and television (owned and named after the Washburn Crosby Company); I watched the Lone Ranger and Rocky and Bullwinkle on television (sponsored by General Mills); I ate Wheaties and Cheerios for breakfast; and I learned to cook with the Betty Crocker cookbook. In more ways than I previously realized, my life was impacted by the flour milling industry in Minneapolis.

THE MALDIVES: Idyll in the Indian Ocean, Guest post by Ann Stalcup

My friend and fellow children’s book writer Ann Stalcup and her husband Ed love to travel. In June 2014 they went on a trip to the United Arab Emirates and the Maldives in the Indian Ocean. Here are a few photos and a report from their week at a resort in the Maldives. 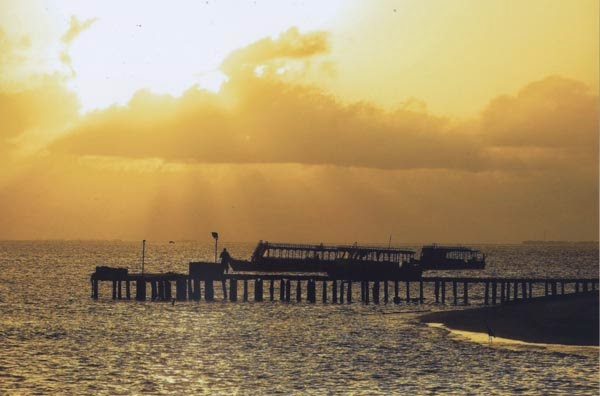 The Maldives consist of almost two thousand coral islands, most no larger than a football field. The country’s highest point is under eight feet. With the rising oceans resulting from global warming, predictions say the islands may disappear in a few years. 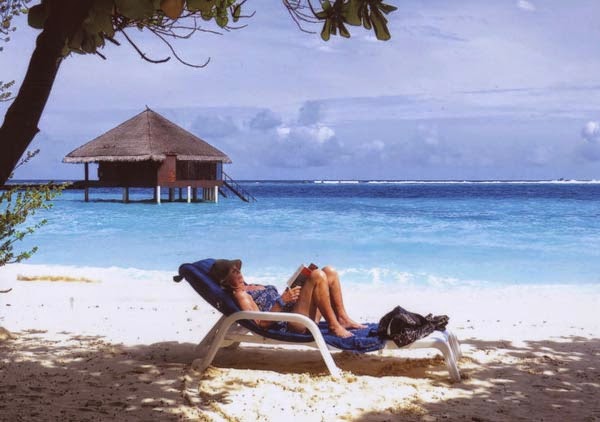 More than 100 of the Maldive islands are resorts. The Maldive island we chose to visit was idyllic and the food was superb. We had a gorgeous overwater bungalow and spent a lot of time there enjoying the sound of waves lapping under us. 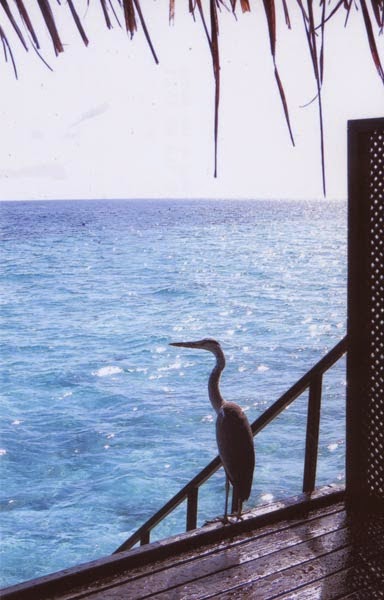 Swimming was disappointing. I’d imagined being in and out of the water all day long but where the waves broke were hundreds of bits of razor-sharp coral. Neither of us had beach shoes, just rubber beach sandals, so a torturous once-a-day beach swim was all we could manage. But it was a lovely week none-the-less. Ed swam from the stairs of our bungalow or we lolled on chaises on our over-water deck.


For more information about visiting the Maldives from the official Maldives Tourist Board go to http://www.visitmaldives.com/en/ .

My friend and fellow children’s book writer Ann Stalcup and her husband Ed love to travel. In June 2014 they went on a trip to the United Arab Emirates and the Maldives in the Indian Ocean. Here are some photos and a report of their visit to Dubai and Abu Dhabi.

Dubai: In June 2014 we had a fabulous trip to Dubai, the Maldives, and Abu Dhabi. Dubai’s sand-colored architecture is incredible. The most interesting architecture is found inside the immense shopping centers (we didn’t shop). There’s a ski slope, an ice skating rink, the largest supermarkets we’d ever seen, a three-story aquarium where you can rent scuba equipment and dive, plus two gorgeous shopping areas built in the style of the ancient souks.
In the supermarkets we saw huge containers of spices, sold by the kilogram.

From the observation deck (124th floor) of the Burj Kalifa, until recently the world’s tallest building, one is stunned by the size of the desert, and the tremendous amount of construction still going on. We went from place to place by “hop on hop off” buses. The shopping areas were chilly but outside temps were over 120 degrees. They predicted 140 for the following week!

Abu Dhabi: Abu Dhabi is much smaller than Dubai, but there is water everywhere and most hotels could claim having a beach and pool. The water was practically hot! A lady taxi driver from the Philippines drove us between cities. She was wearing Arab clothing and had a pink taxi to indicate that the driver was a woman. The men were terrifying drivers - VERY fast - so we were happy to find her.

Some of the architecture in Abu Dhabi was even more lavish than in Dubai with palaces and an enormous snow-white mosque which by comparison made the Taj Majal seem very ordinary. They dressed me from head to toe in a black burka - too long, too wide, with a large hood. At 120 degrees plus, I thought I would melt into a puddle inside it.


Our hotel in Dubai had been very quiet and our room large; suddenly in Abu Dhabi, in contrast to the surrounding incredible luxury, our inexpensive room was dark and the size of a closet with a view of a wall two feet away. Again, the shopping centers were amazing and we did all of our eating in their food courts. Our hotel had seven restaurants - but no visible menus so we didn’t dare use any of them. Once again, hop on hop off buses took us from place to place.
Posted by five nests at 9:00 AM 5 comments:


In May, my grandson Lucas spent two weeks in Greece and Turkey with his family—my daughter Jennifer, her husband Humberto, and my granddaughter Alessandra. During the trip Lucas kept a log of some of their activities as part of his school assignment. I am delighted that he has agreed to share some of his posts with The Intrepid Tourist. Lucas just finished fifth grade. The trip was organized around a professional conference Jennifer was attending in Thessaloniki, Greece.
Day 7: Istanbul
I’m in Turkey now. Today we went to the Blue Mosque . The Blue Mosque was a response from the Muslims that they could build something as big and great as the Hagia Sophia. Once in the Mosque you can see all the beautiful mosaics, but you can’t go in the praying areas because the Blue Mosque is still an active mosque. A thing I noticed was the two different praying areas--one for men and one for women--and that the praying area for men is much bigger than the one for women.

Day  10: Istanbul and Prince's Island
We woke up with the plan of going to one of the Princes' Islands for the day. Once we got on the ferry the sky turned gray but we traveled on. On the island that we were going to no cars are allowed, so there were carriages instead. We hopped in a carriage and went to a place where there is a national park that is on a steep incline. I rode a donkey up to the top of the hill. At the top of the hill there is a church and an amazing view of the Marmora Sea.

Day  11: Istanbul
We went to see a Mini Turkey today, a place where you can see big monuments at a small scale. You see a mini Ataturk airport and a mini Bosphorus. Since we didn’t get to see all of Turkey, it was great for us. We got to see something small that was big for us. Earlier in the day we went to see our family friend/host’s company. He has a huge paint company. Outside his office he keeps live chickens and pigeons. He used to have pigeons that were special because they would do somersaults when they land but some time ago they got stolen because they are such a prized possession.